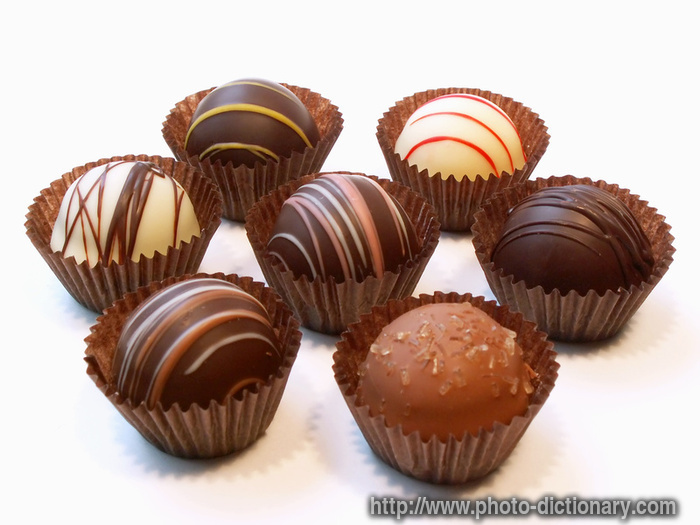 They say that there are two kinds of people; those who love chocolate and those who just haven’t tasted really good chocolate– yet. When hovering over a box of fine chocolates, the only thought is the delight of the moment. However, a box of gourmet chocolates does not just magically appear all yummy and ready to be enjoyed.

The cocoa bean is huge and lumpy and almost impossible to crack open. Once the shell is open, there’s no chocolate, as we know it, inside.  The beans inside are hard, bitter and difficult to dig out. The delicious chocolates that look so perfect are a result of an intricate process.

Christian’s are like cacao beans. We all start out “lumpy and raw.” Like the box of wonderful chocolates, the Christians that we see as being so perfect have been through quite a bit of processing.

The learned saint who speaks with such passion and knowledge of God’s Word was once fumbling through their Bible trying to find the book of Amos. Not even the Rev. Billy Graham sprang into ministry learned, experienced and accomplished.

Satan loves to hold a magnifying glass up to these saints. He also loves to whisper in my ear about how inept, useless and failing my efforts are compared to “them.”  But, I must remember; even the most eloquent scholar was once a mumbling student.

God will never compare my works to the works of others. What I accomplish will only be measured by the talent and directions I was, myself, given. In the parable of the talents, the master did not measure the servant with the least return by the servant with the most return. The master held each servant responsible for what they did with the talents they were, themselves, given (Matthew 25:19-23).

The only servant that was severely reprimanded was the one who did nothing at all with their own talents (Matthew 25:24-27). When satan convinces me to not do anything because I think that I can’t do it right—-or I can’t do it as well as somebody else; the work that I was intended to do doesn’t get done at all. And for THAT, I will be held accountable.

Mathew 25:28-30 Take the talent from him and give it to the one who has the ten talents. For everyone who has will be given more, and he will have an abundance. Whoever does not have, even what he has will be taken from him. And throw that worthless servant outside, into the darkness, where there will be weeping and gnashing of teeth.

Prayer: Father, thank you that I won’t be judged according to what others have accomplished. Help me to see the talents that you have given me. Show me how to use my talents to glorify you and serve you. I love you. Amen.

Matthew 25:15 To one he gave five bags of gold, to another two bags, and to another one bag, each according to his ability.

Matthew 25:19-23 After a long time the master of those servants returned and settled accounts with them. The man who had received five bags of gold brought the other five. ‘Master,’ he said, ‘you entrusted me with five bags of gold. See, I have gained five more.’

“His master replied, ‘Well done, good and faithful servant! You have been faithful with a few things; I will put you in charge of many things. Come and share your master’s happiness!’

“His master replied, ‘Well done, good and faithful servant! You have been faithful with a few things; I will put you in charge of many things. Come and share your master’s happiness!’

“His master replied, ‘You wicked, lazy servant! So you knew that I harvest where I have not sown and gather where I have not scattered seed?  Well then, you should have put my money on deposit with the bankers, so that when I returned I would have received it back with interest.